Use our innovative tools and calculators to help you plan out your installation!

Stay on top of

The Future of Fiber Optics 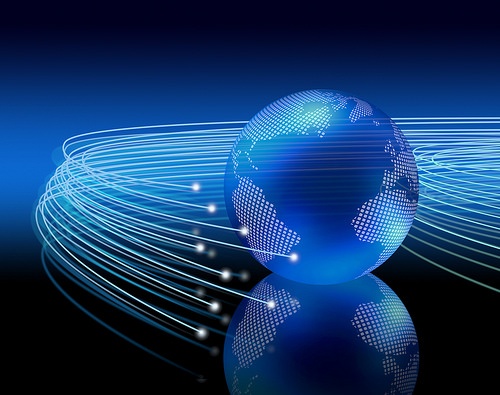 Fiber optics has been heralded as the future of communications technology. It can distribute Internet data at record speeds, over 100 kilometers, compared to regular ethernet cables that transmit data only within 100 meters. Plus, fiber optic cables are as thin as a human hair and are known for their fault-tolerance capabilities. With rapid advances in technology and increasing worldwide market demand, fiber is shining bright in the communication spotlight, and fueling future trends for the technology.

With the increasing consumer and commercial demand for better Internet services and telecommunication options, the use of fiber optics in the field of communications is becoming widespread. Another reason behind the popularity of fiber is this ultra-thin cable can support the required information capacity, which is larger and faster than both copper cable and wireless connections.

With advances in technology, it is now possible to transmit more data through a single fiber optics cable over long distances. In fact, its transmission capacity has improved significantly through wavelength division multiplexing. While that sounds promising, some researchers believe that it will not be enough as the volumes of data continue to grow.

Where the Challenge Lies

In theory, a fiber can transport up to a hundred different beams, each carrying its own data stream. The challenge lies in creating the level of optics that can gather those beams and allow them to flow together through the cable and then separate each data stream at the end point.

This technology is likely to be applied at server farms hosting cloud-computing applications, where thousands of servers are connected using traditional copper wires. Researchers at Stanford University and other institutions are experimenting to enable more data and light to flow through these fiber optic cables in order to keep pace with the continuous flow of digital data.

Relatively speaking, the use of fiber optics in communication is still in its early days. The good news is the field of fiber optics is quickly evolving. There are mathematical proofs new and methodologies being used to help design optics that can support this increasing flow of digital data. Because of these advances, it is now possible to transmit more laser beams on a single fiber. It was discovered that waves of light creates an undulating motion similar to waves of water and it happens at a miniscule scale. As a result, a single, fine strand of fiber is more than enough to transmit the wave to the end point. Technology has also made it possible to distinguish each optical wave and retrieve its unique data stream once it reaches the end point.

Where Fiber Optics is Headed for the Future

A series of breakthroughs in fabrication and design of optical structures have made it possible to combine and separate these laser beams, which is achieved by isolating the shape of the light wave these beams of data generate.

Researchers are using efficient and more advanced algorithms to automate the designs so they can easily adapt to future changes in fiber cable technology. Some researchers are also building nanoscale device structures, which, once successfully completed, will significantly change the way server farms work today.

Servers share a lot of data on a continuous basis and as consume a huge amount of electricity in the process. That availability and high energy costs therefore are becoming limiting factors in many server farms. Fiber optic technology will be a huge boon for these facilities. Transmitting photons through fiber optic cables consumes much less energy than passing electrons through wires. As a result, electricity costs will decrease, which alone will justify the investment in fiber optic technology. More data can also be streamed in much less space, further supporting the growth of server farms.

Fiber optics has a bright future with more advancements on the horizon. It has experienced enormous growth in the past decade alone. There are breakthroughs in the technology happening every day at lightning speed, which will ultimately lead to a new generation of fiber optic communications.