Use our innovative tools and calculators to help you plan out your installation!

Stay on top of

Wireless Rocks, but isn't Infallible: Why Cable will Stand the Test of Time 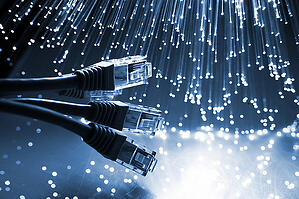 Do you have a home network? How about a wireless router? It’s no surprise if you answered, yes.  Home networks have gained popularity over the past few decades, and so has the wireless router. Wireless has made the world a more connected place, allowing us to remain in contact almost anytime, anywhere as long as there is a good signal available. Wi-Fi has led to the downfall of wired networks, and for many users, Ethernet cords are now old-fashioned. Have wired connections become totally obsolete? Not really. Most industry experts believe that cable is likely to stand the test of time.

The factor that has made wireless so popular is often the real problem with it, rather than a solution. Have you ever had a weak Wi-Fi signal? We all know how limiting it can be – you can hardly browse the web, or send/receive emails, and forget about watching video. For those times when the Wi Fi signal is weak, wired connections win the case, and there are factors that make it the best residential option.

Security is arguably the most crucial aspect of Ethernet connection, making it a better choice over wireless networks. We all know Wi-Fi connections are not very safe, which is why encryption standards change and we change our passwords regularly. Even companies and organizations using highly expensive wireless networks are likely to get hacked and a study conducted by ISE researchers confirms it.

Compared to corporate institutions and the Wi-Fi routers they use, the security of your home network comes nowhere close. Any reasonably skilled hacker can hack 5 or more networks at a time using a wireless connection and they are now using innovative techniques to exploit systems and networks. Remember how Sony got hacked last year and was forced to shut down much of its global network? It happens, it is happening, and it’s quite unsettling.

Is Speed an Issue?

There was a time when we had to wait for hours to download a 20 MB file. Those were the days of dial-up connections. Now, we can get speeds of around 1,000 MB or 1 Gigabit per second with modern Ethernet connections. But what makes them better than a Wi-Fi connection?

When it comes to Wi-Fi devices, the days of 802.11g standard (transferring up to 54 MB per second) and 802.11n (600 MB per second) are gone. Today we have 802.11ac with speeds of around 1,000 MB per second, which is almost similar to the speed provided by wired connection. This means the speed advantage of Ethernet connection is likely to slip away, but there is a difference in speed among connections in home computers that is largely effected by your home network infrastructure. Ethernet is more relevant for your home network, especially if you are using it to transfer large files.

It is safe to say that cable is not only a good option for home networks but in environments that require intense bandwidth. For quality and upload time, wire will always have its place. For business and systems that need to stream high quality audio and video, where Internet access is critical, depending on wireless to deliver desire results could leave them in a precarious position. Would you be willing to risk connectivity issues at a critical point?  The bottom line is you don’t have to with a wired connection.